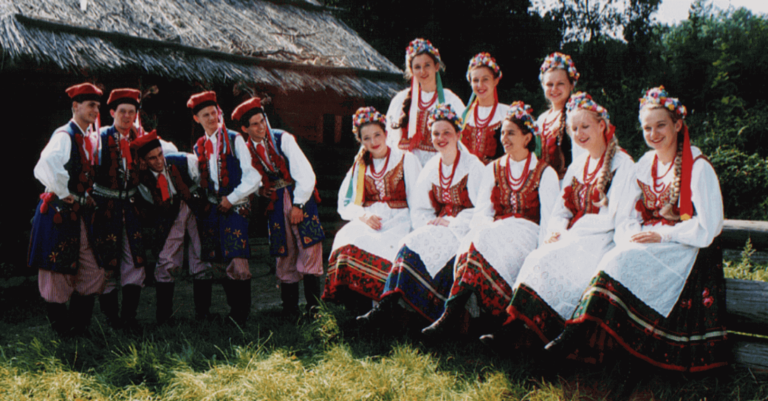 From being home to some of the oldest cultures dating back to the bronze age to its pivotal role in WW2, Poland is undoubtedly a place of historical importance in Europe. Life in Poland has changed over time; currently, it is one of the leading economies in the world with high quality of life and a low unemployment rate. Now, let us discuss life in Poland, its people, culture and more.

The history of Poland originates with the Lusatian culture that dwelled in Poland during the bronze age and in the early Iron Age between 2400- 700 BC.

However, during the period from 1795 to 1918, Poland was never a truly independent state. It was only during World War I that the ally nations of Poland agreed to help the country to fuse its territories back and regain its independence as the Second Polish Republic.

Later in the year 1939, during WW2, Poland was invaded by Nazi Germany and then by the Soviet Union, who destroyed major Polish cities like Warsaw and killed over 6 million Polish citizens, including 3-million Polish-Jews. Poland was one of the countries that had been affected tremendously due to the Second World War, and life in Poland during this period became very difficult.

Later in the year 1989, Poland conducted its first Democratic parliamentary election, which was won by Lech Wałęsa, a solidarity candidate. Since then, Poland has been trying to boost its economy and making various improvements in human rights in order to increase the quality of people’s life in Poland. In 2004, Poland became a member of the European Union. As of 2019, Poland ranked 21st in terms of nominal GDP with an estimated GDP of $565.854 billion.

Located in Central Europe, the Republic of Poland extends from the Baltic Sea in the north to the Carpathian Mountains in the south and at the centre is the North-Central European Plain. It has a total area of 312,679 km2 and is the 9th largest country in Europe in terms of area. Germany, Czech Republic and Slovakia are some of the neighbouring Polish countries.

There are two significant harbours on the coast of the Baltic Sea and over 2000 lakes in the Masurian Lake District. Poland also has a considerable amount of biodiversity and is considered to be a part of the three Palearctic Ecoregions. Many unique wild animals such as wisent, grey wolf and Eurasian lynx that have become extinct in other parts of Europe can be found in Poland.

The weather patterns of Poland are highly influenced by the collision of air masses over the country, such as Polar air and the South Atlantic Ocean’s subtropical air. Although the average temperature in the northeast is 6 °C (42.8 °F) and in the southwest is 10 °C (50 °F), the temperature in other parts of Poland may vary drastically depending on the seasons. Poland experiences spring in March and April, summer from June to August followed by monsoon and autumn, until November brings the cold winters that last up to three months.

You will experience cooler summers and warmer winters if you are in the Polish coastal cities like Świnoujście, Międzyzdroje or Szczecin. Tarnów, Wrocław and Słubice are the warmest cities in Poland. The period from June to August is also the most popular time for tourist visits; people from all around the world come for sightseeing, shopping, and participating in various Polish festivals. However, summer is also the season when it rains the most in Poland, so do remember to carry an umbrella while you travel.

Polish Culture and Life in Poland

Polish culture is an amalgam of various European cultures like Germanic, Hungarian, Latinate Byzantine and Ottoman. The majority of the Polish population is Roman Catholic as a result of the Catholic Church’s strong influence on Poland in the 10th century.

More than 95 percent of citizens in Poland speak Polish. Polish is the second widely spoken Slavic language in the world, after Russian. Apart from this, people in Poland also speak English, Russian, German and French either as their mother tongue or as a foreign language. 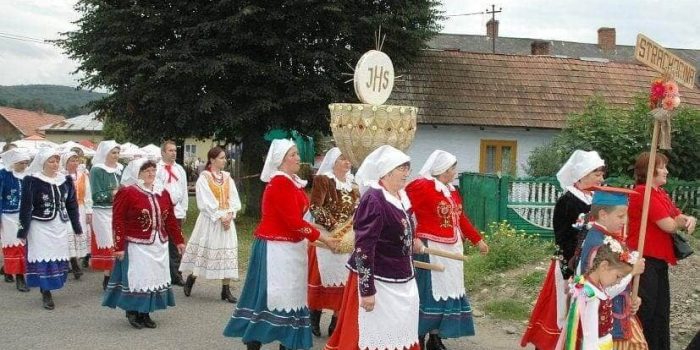 Poland’s folk costume, also known as stroje ludowe is a colourful costume that is meant for special occasions such as marriages and festivals. Women can be seen wearing a white blouse and an embroidered vest along with a floral skirt and an apron. On careful observation, you will also be able to differentiate between married and unmarried women on the basis of their costumes. While unmarried women may wear a flower wreath with ribbons, married women wrap a kerchief around their heads. 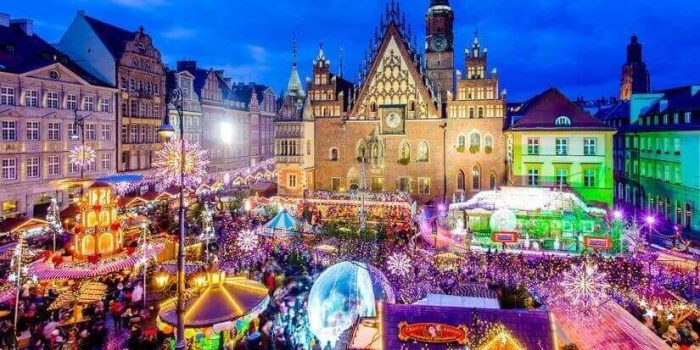 Quite a few festivals are celebrated with much fervour making life in Poland very vibrant. 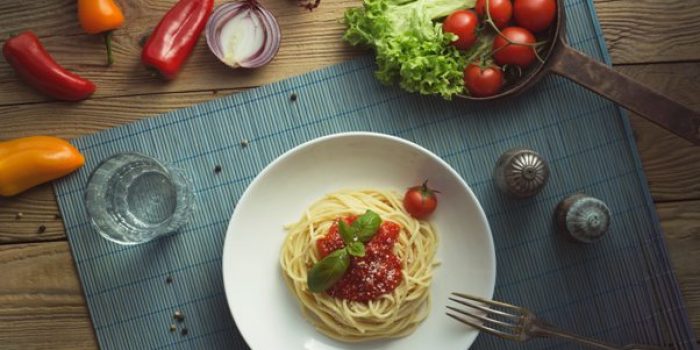 Hospitality is important to Polish families, so you will never return hungry from a Polish home. Popular Polish dishes include kiełbasa, a Polish Sausage, Pierogi, a dish made with meat, potatoes, cabbage, cheese or holiday fruits, gołąbki, a famous cabbage roll stuffed with meat and rice and more. However, people from other countries who are used to eating foods indulged in spices might find the food bland.

Vodka is the most popular drink in Poland. The country is also the third-largest producer of beer in Europe. Non-alcoholic drinks include Kompot, tea, coffee and napoje gazowane and other local carbonated drinks. Poland also offers a variety of local desserts such as Sernik-a Polish cheesecake, Kremówka- a vanilla flavoured puff pastry, Pernik a Polish honey spice cake and more. 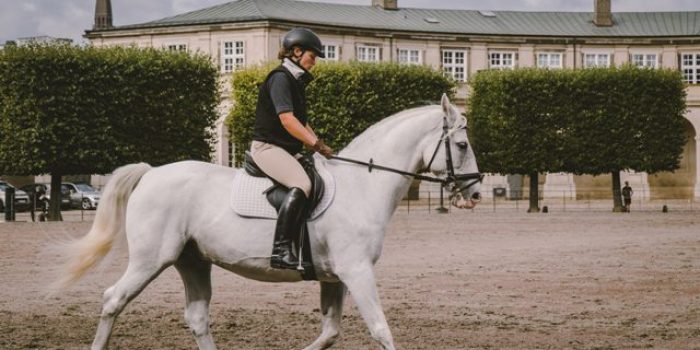 Equestrianism or horseback riding has been Poland’s national sport for centuries. However, Football is the most popular sport in Poland and is played by millions of Poles either regularly or occasionally. Other sports played in Poland include volleyball, motorcycle speedway, fencing and boxing. 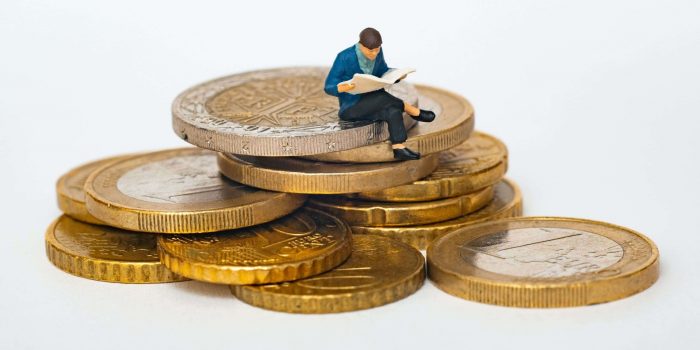 Since the 1990s, Poland has been a liberal economy and became the only country in the EU that was not affected by both the recession cycles. According to a survey conducted by Eurostat, unemployment in Poland was 4.6% in 2017.

Poland’s economy runs on a market-oriented system. Pharmaceutics, Agriculture and Tourism are the major contributors to the Polish economy. Poland is a leading producer of both prescription and non-prescription drugs and agricultural products like potato, rye and sugar beets. The Polish economy is not only a high-income economy but is also rapidly growing every year. 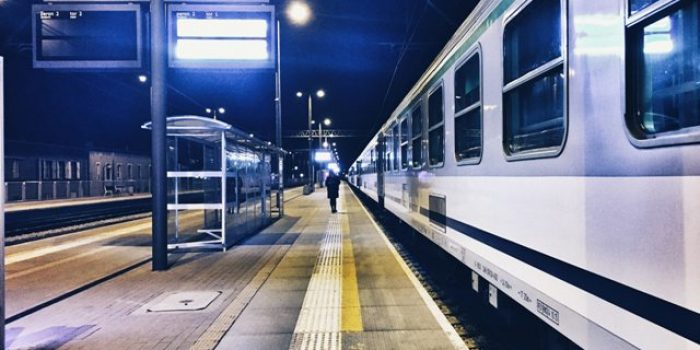 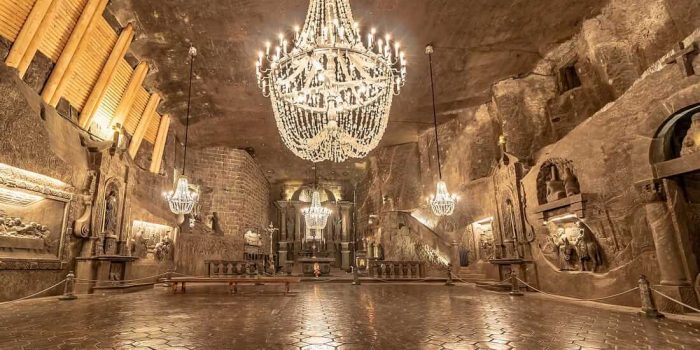 Poland is a nation with its roots deep in history. Its 16 UNESCO World Heritage Sites are proof of that fact. Listed below are some of the must-visit places in Poland:

In the past, Poland was in turmoil due to various reasons such as political instability and wars. However, ever since the collapse of communist regimes in the country, Poland has been a rising economy and life in Poland has improved drastically. In the present era, with its high GDP and quality of life, Poland has become the ideal destination to study, work and settle for many people, especially international students.

The Best Cities in Poland to Live and Work 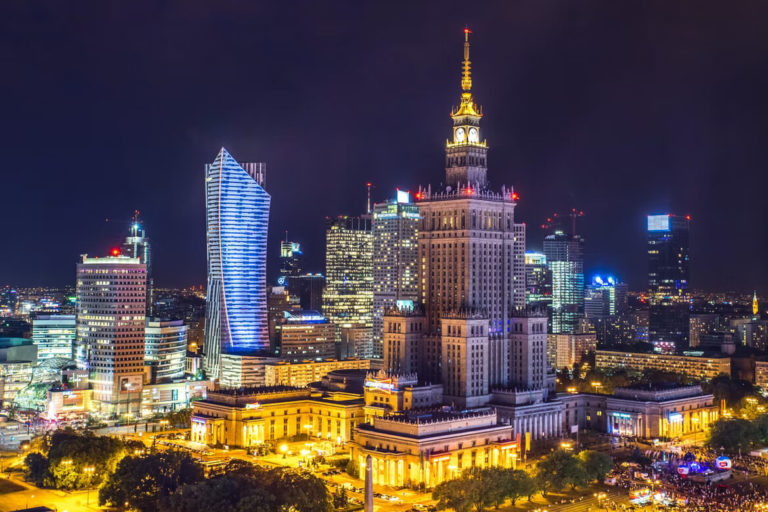 The Most Popular Fields of Study in Poland for International Students

Need help with your MS in Poland?

Submit your details. We’ll call you back in 48 Hours! 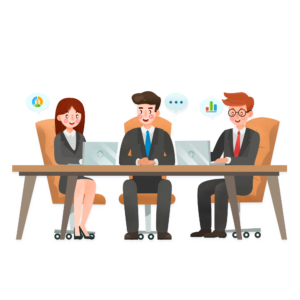